As a way of exploring how different materials and compositions creates meaning in relation to different practices Gideonsson/Londré and Nanna Nordström give materials to each other to continue to work with; one work gives structure to the next.

Isolated Memories origin from a recorded conversation between Gideonsson and Londré concerning their memories of a week they spent in isolation. The material was handed over to Nordström who made several memory exercises trying to grasp the 1,5 hour long recording. Nordström used spatial movements as tools for remembering and she made sculptural compositions that were installed in a space – ”memory objects”. At the public occasion Nordström tried to restore the recorded text in the form of a real time memory exercise; she was standing outside the installation space wearing a microphone that transmitted her voice to speakers placed inside the room. The audience was equipped with walking sticks, which they used when moving around inside the installation. The performance lasted as long as Nordström could continue remembering. 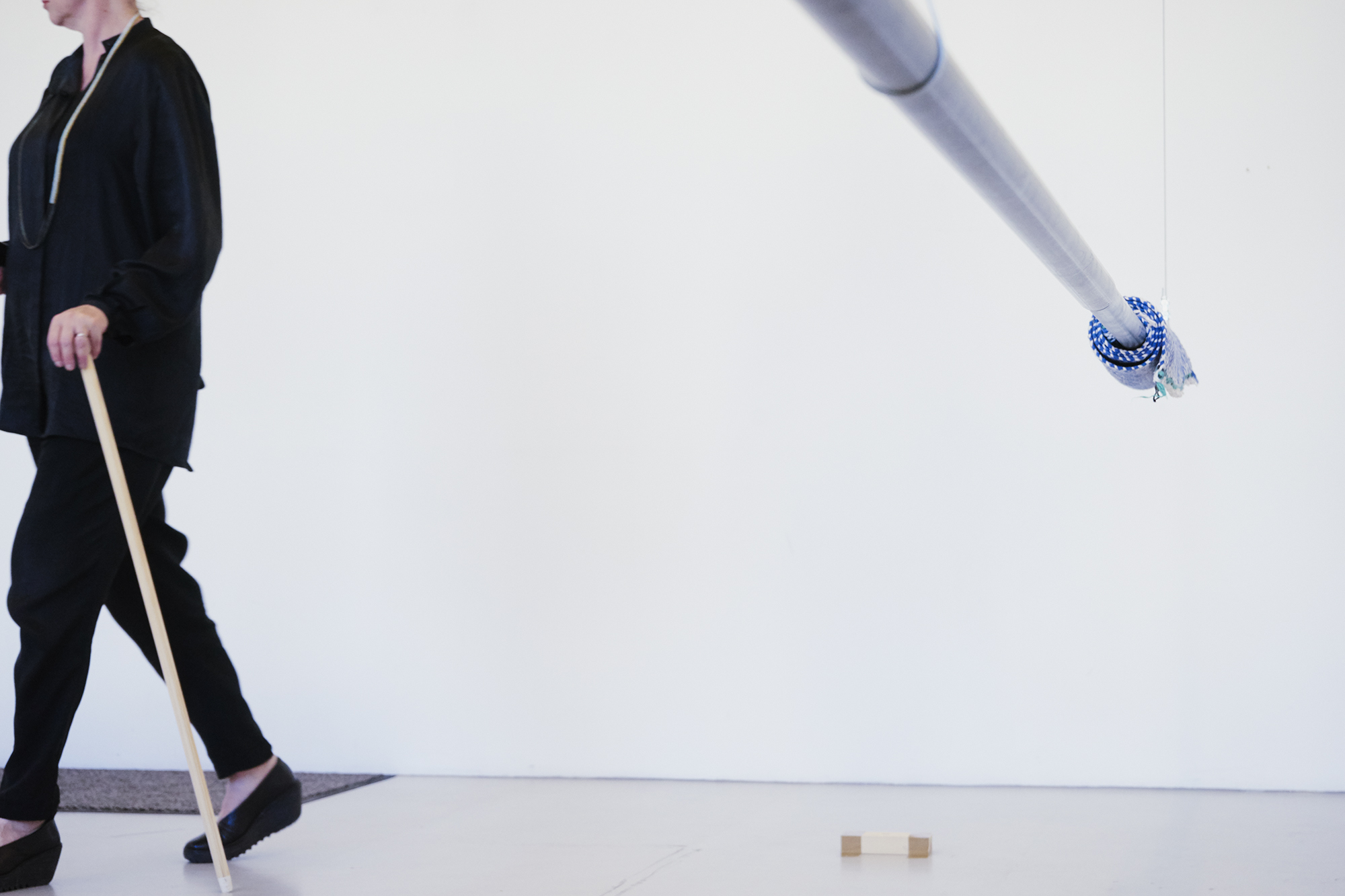 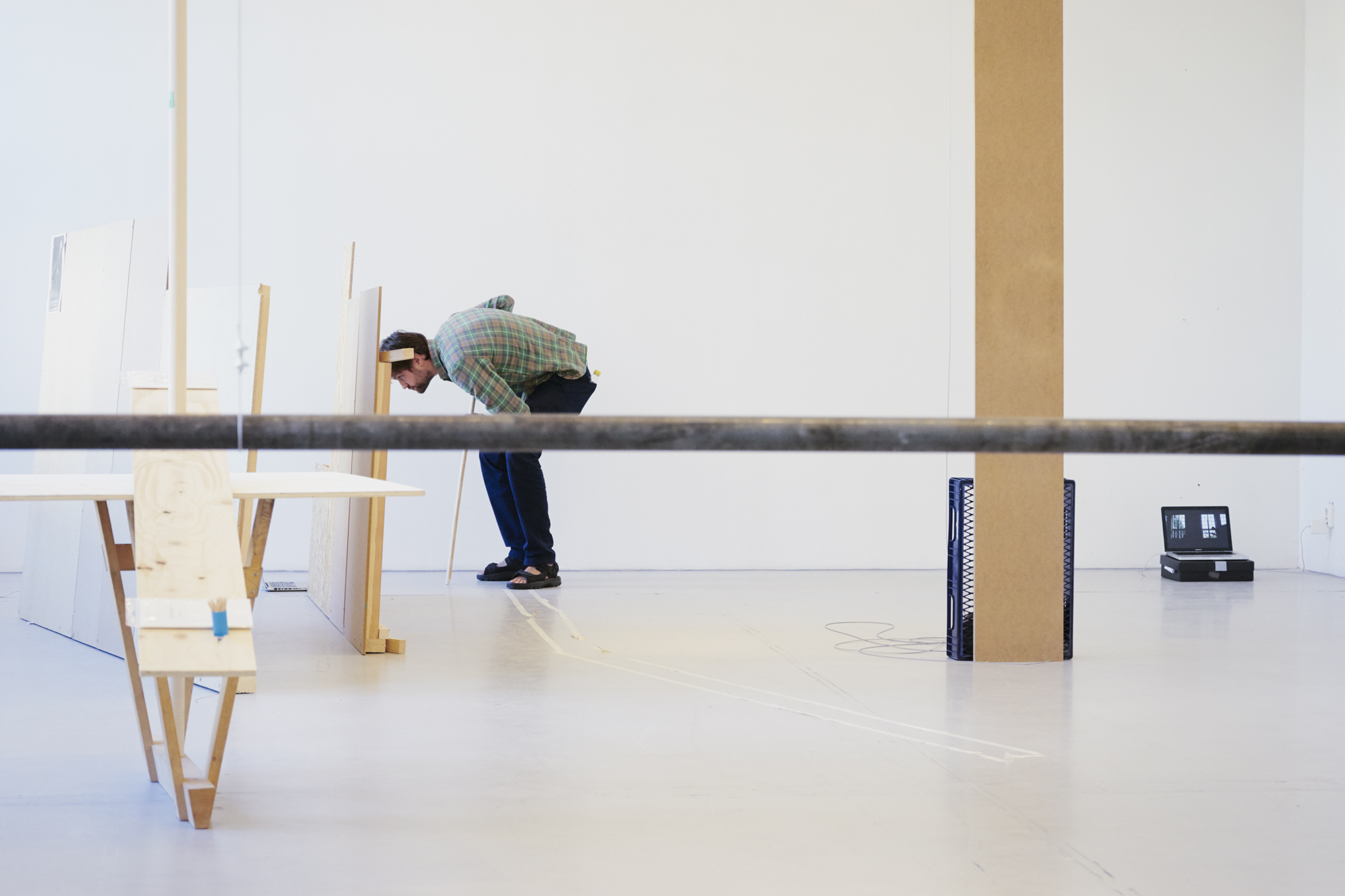 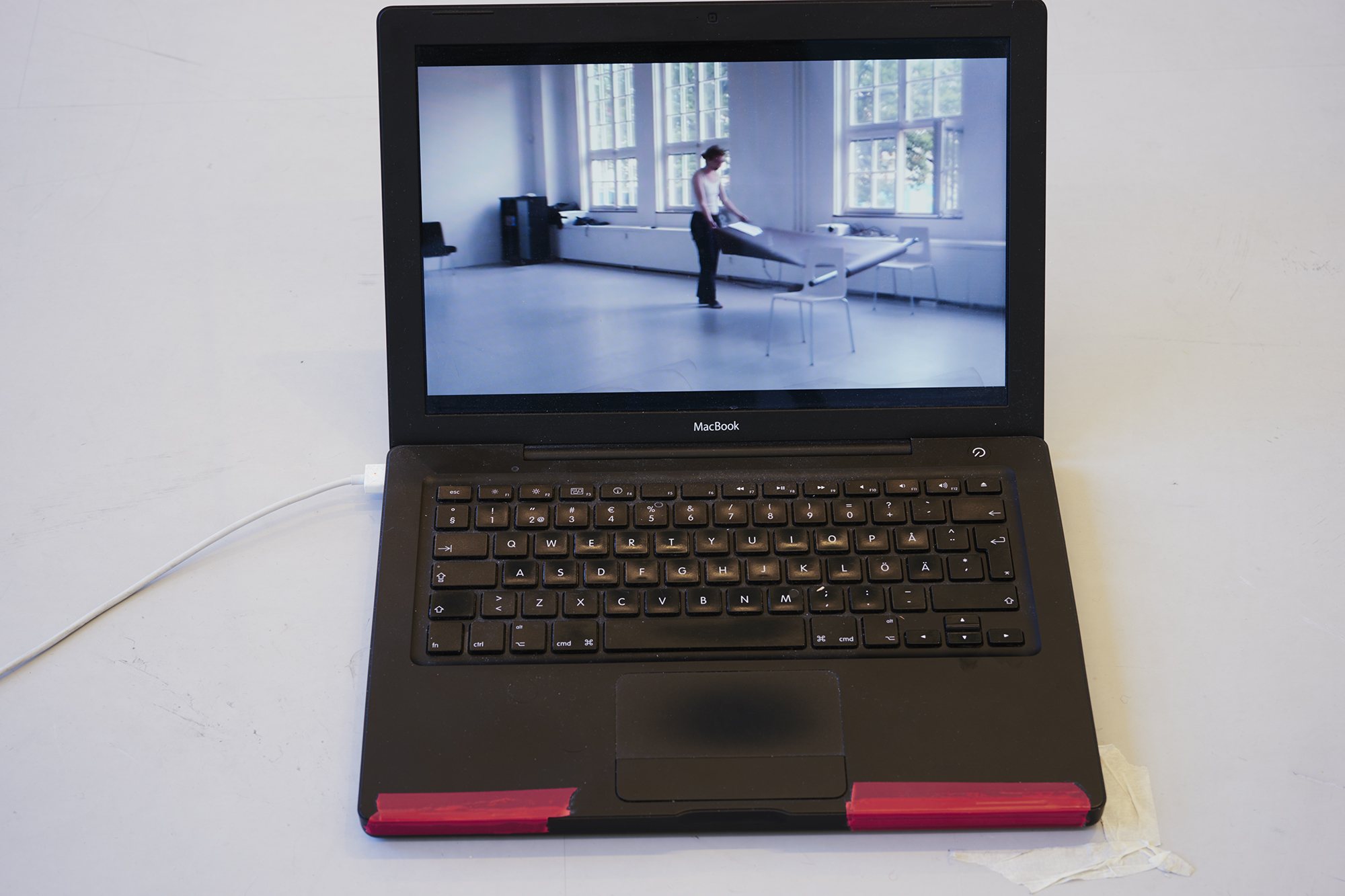 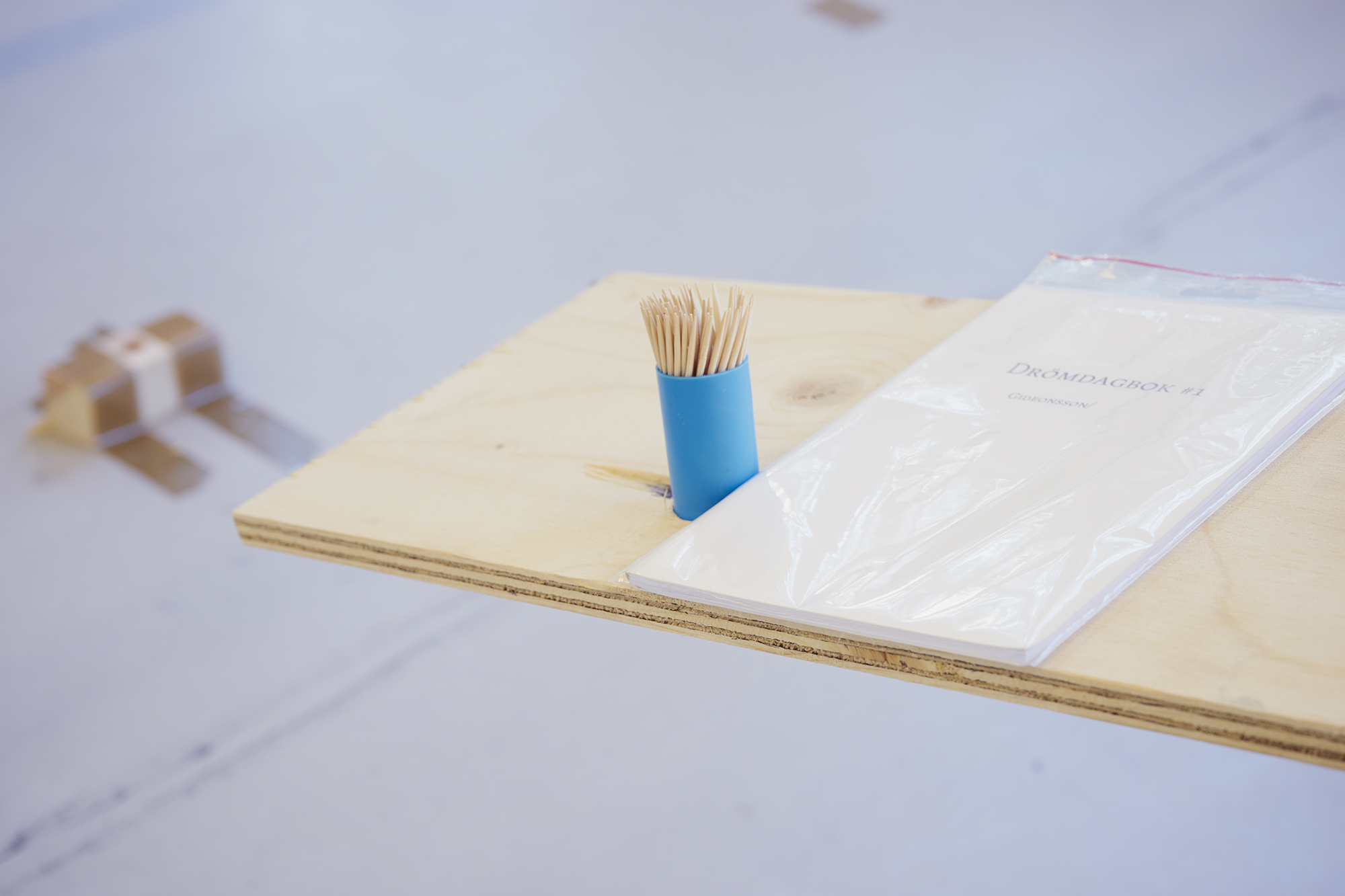 Kom in i en cykeltävling, springandes started from a material written by Nordström during five hours for five days. It was left unedited and was handed over to Gideonsson and Londré who recorded it for each other to perform. At the occasion of the performance Gideonsson and Londré got each other’s audio recordings into their ears by headphones and spoke it out as they heard the words. They were standing in two separate rooms and a small hole was drilled in the wall between them. The performance was announced on posters which was part of an installation in Nordströms studio space. 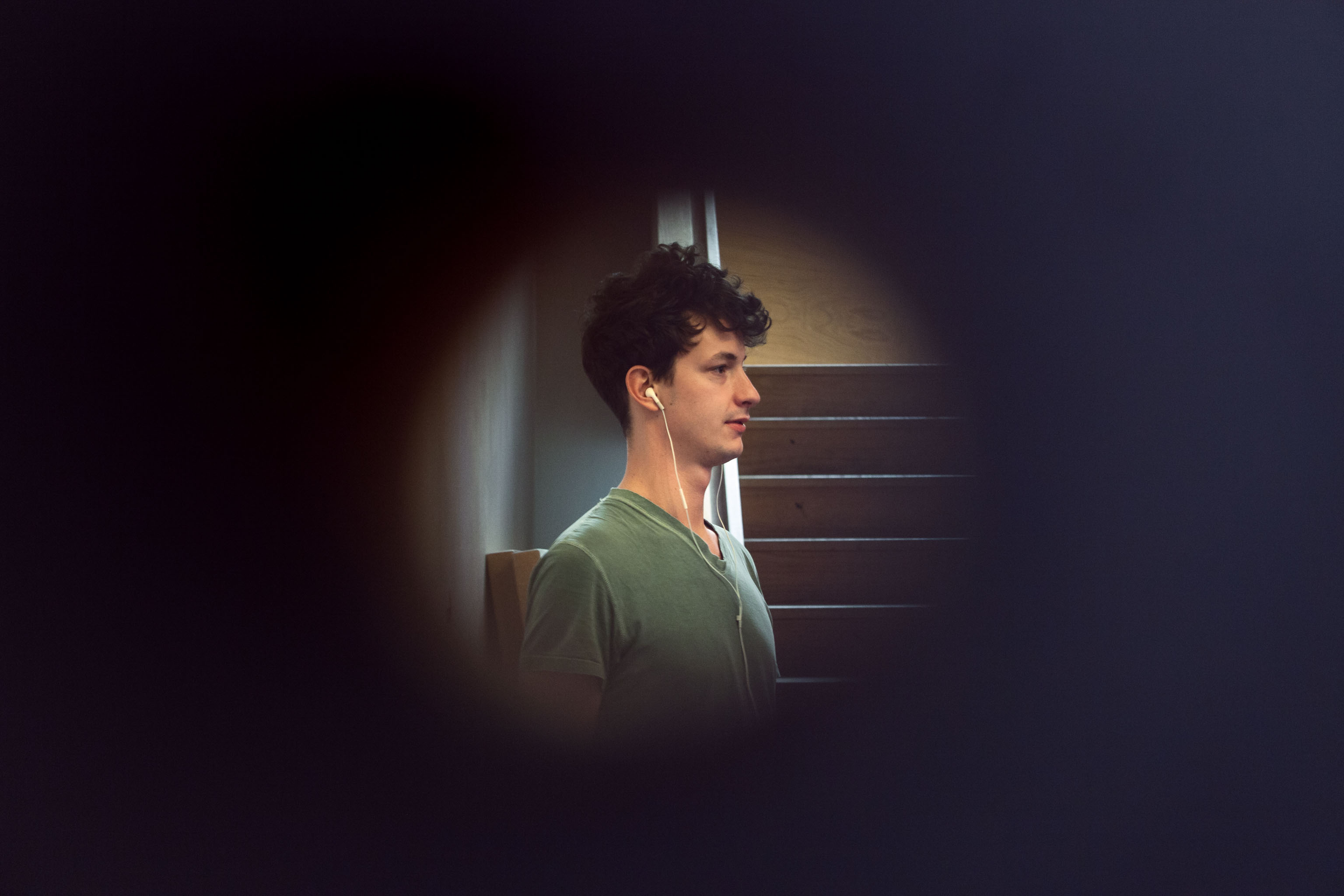 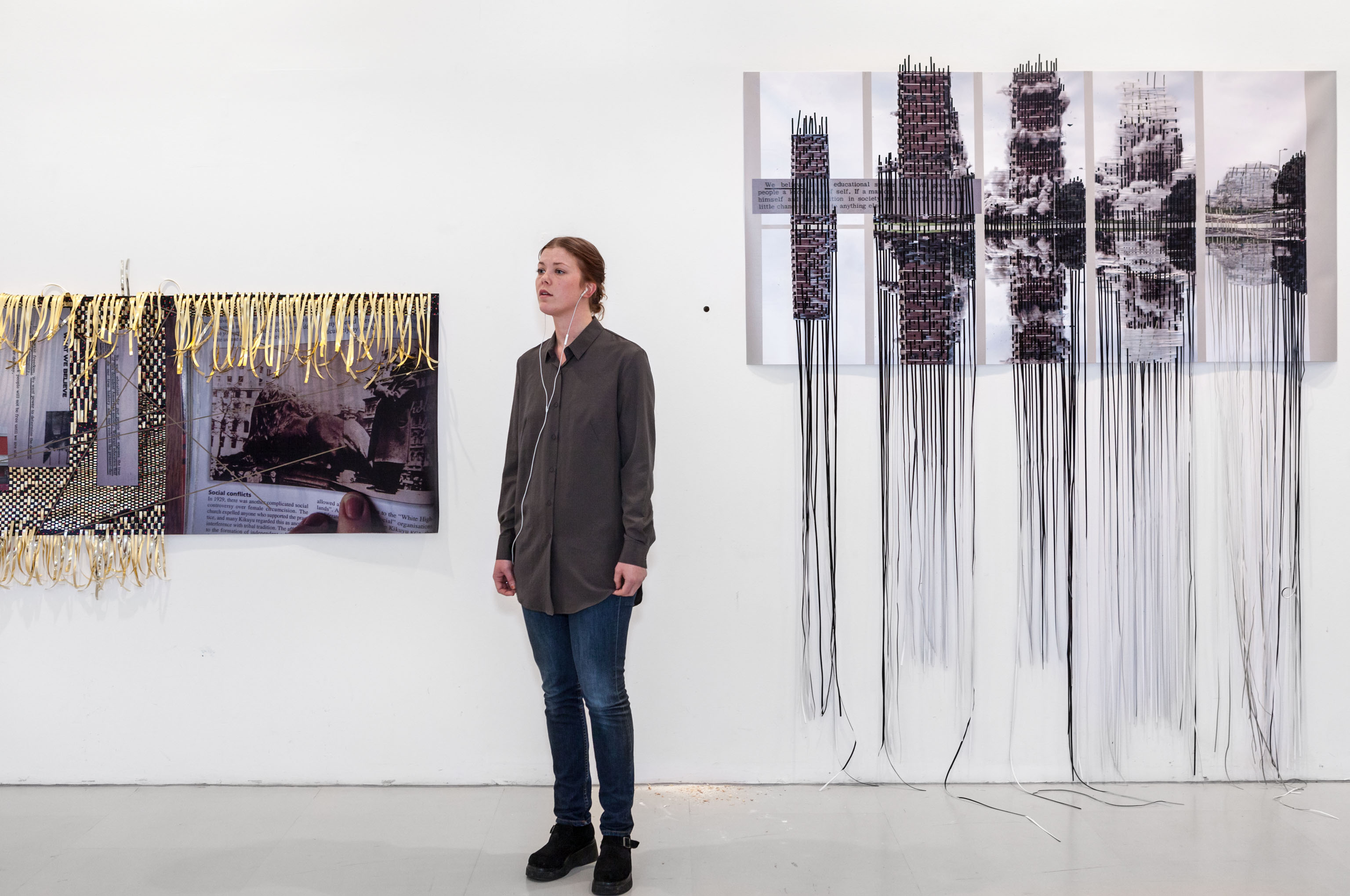 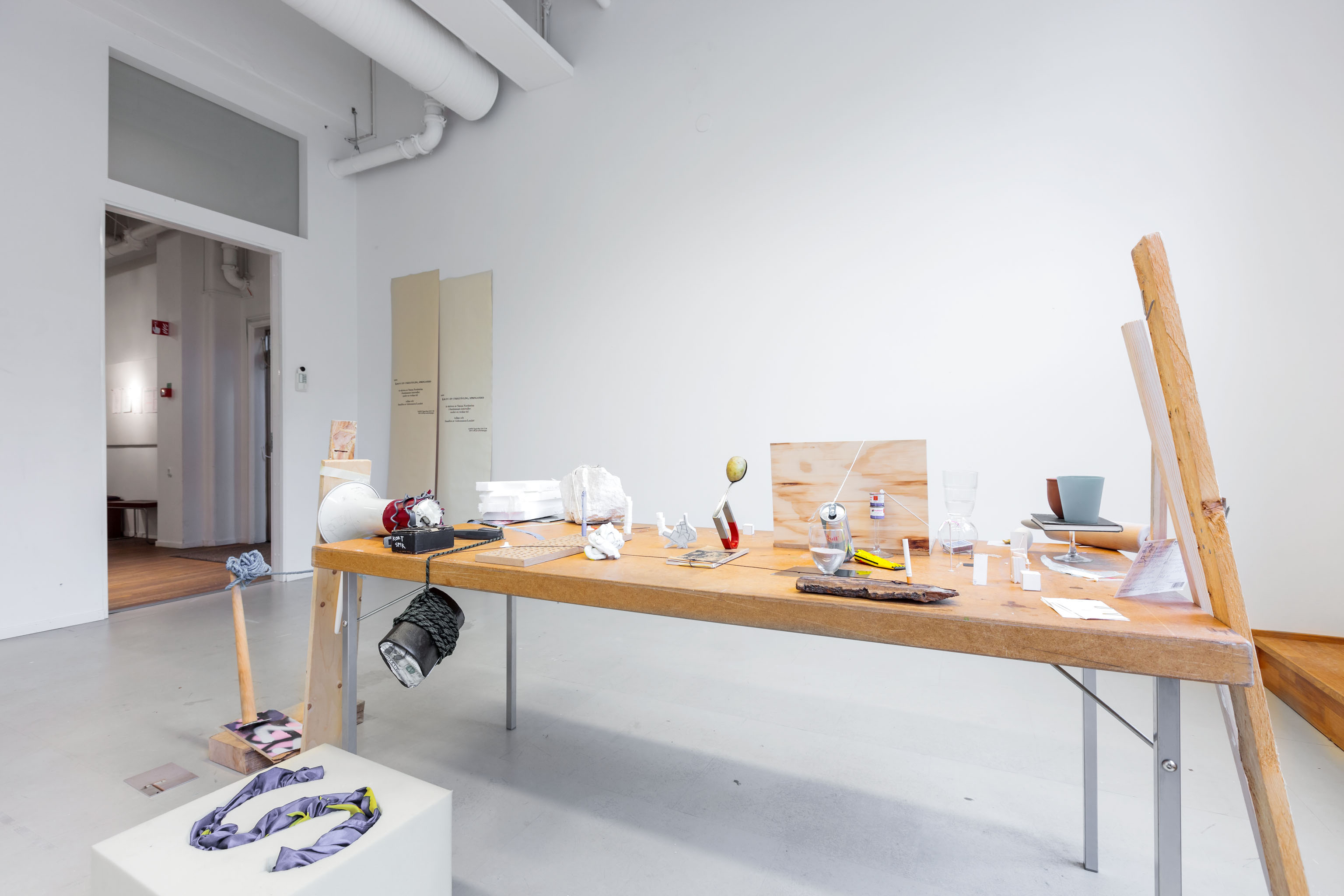 The starting point was a text written by Nordström, which was rewritten by Gideonsson and Londré into two new texts; each word was replaced with another based on rhythm and association. This resulted in three versions of the text, which were performed by Gideonsson/Londré as a simultaneous reading. 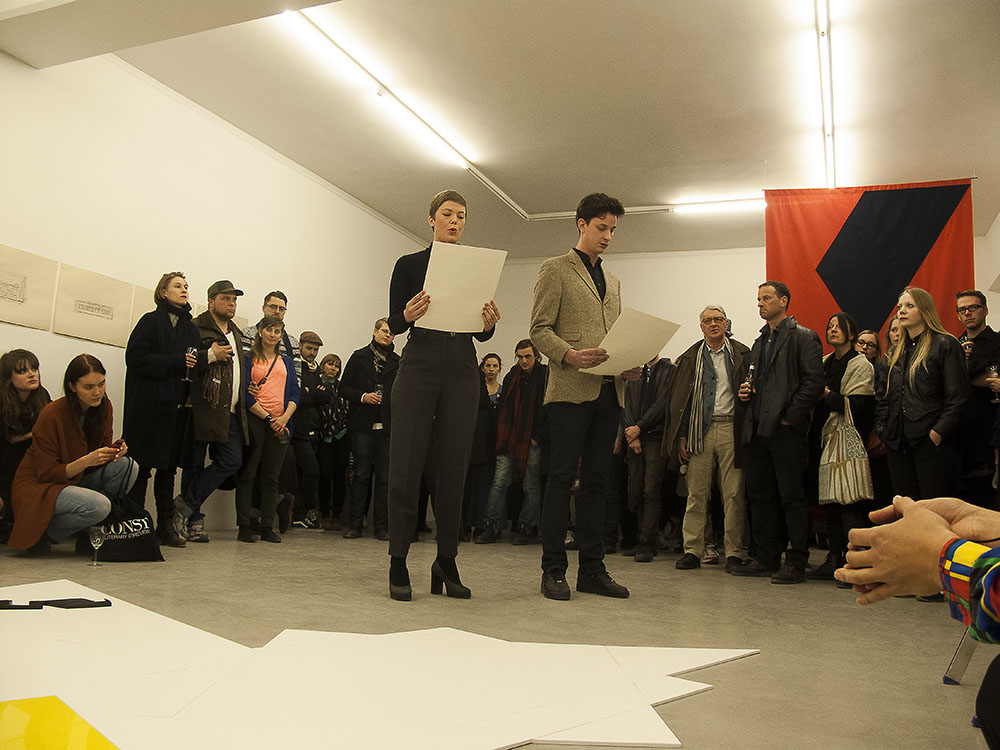